IBAT Announces Restructuring of Board Of Directors And Executive Team 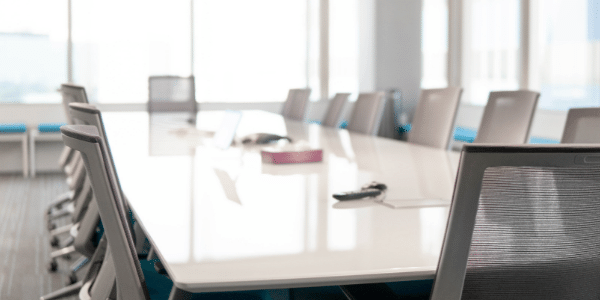 Vancouver, British Columbia, Canada – March 3, 2022 - International Battery Metals Ltd. (the “Company” or “IBAT”) (CSE: IBAT,OTC: IBATF, FSE: 8RE) is pleased to announce the appointment of Ms. Maria Echaveste, Mr. Foy Wyman Morgan, and Mr. William Webster, to the Board of Directors of the Company, to serve as independent directors.

These appointments remain subject to the approval of the Canadian Securities Exchange.

Maria Echaveste, President and the Chief Executive Officer of The Opportunity Institute, brings with her a distinguished career spanning in senior leadership roles within the White House under the Clinton and Obama Administrations, directing programming and social policy at U.C. Berkeley, and co-founding a D.C.-based strategic and policy consulting group, NVG. Currently, Ms. Echaveste serves on the board of directors of UCSF-Benioff Oakland Children's Hospital, MiFamilia Vota, and Level Playing Field Institute. Ms. Echaveste received a B.A. in Anthropology from Stanford University and a J.D. from U.C. Berkeley.

Foy Wyman Morgan, Ph.D., President of Strategic Technology Resources, LLC, and Senior Vice President of Infinity Resources, LLC is an established executive with corporate and consulting experience in developing biopharmaceuticals, specialty chemicals, and minerals. During his tenure at FMC Corporation, Mr. Morgan led the development and implementation of breakthrough technology in selective absorption, to produce lithium chloride from a brine source in Argentina. The production facility built utilizing this technology, has been in continuous operation since the late 1990’s, successfully producing low-cost, high-purity lithium chloride. Mr. Morgan received a B.S. in Chemistry from Florence State College (University of North Alabama) and a Ph.D. in Inorganic Chemistry from the University of Florida.

William M. Webster, IV is an American business leader and entrepreneur who has served in the highest levels of government under the Bush and Clinton Administrations, sits on numerous corporate and not-for profit governing boards, and is active in community and philanthropic endeavors. Mr. Webster is currently an Adjunct Professor of health care policy at Wofford College and serves on the Board of Directors of companies listed on both the New York Stock Exchange and NASDAQ. He received a B.A. in English and German from Washington & Lee University and a J.D. from University of Virginia School of Law.

In addition, Mr. Tony Colletti, who joined the IBAT’s Board of Directors on May 12, 2021, has been appointed to serve as interim President of the Company, and Mr. Logan Anderson, has stepped down as a director, but will continue to act as the Company’s Chief Financial Officer. Dr. John Burba remains the Company’s Chief Executive Officer and the Chairman of the Board.

Messrs. David Ryan and Rodger Cree, have also stepped down as directors and the Company would like to thank them for their dedication and support as the Company has advanced its mobile lithium extraction unit towards commercialization.

The restructuring of the Board of Directors and the executive team will allow Dr. John Burba to focus on the final, critical steps in the commercialization of the Company’s technology.

IBAT is an advanced technology company focused on ecological and ethical lithium brine extraction. The company is applying its patented intellectual property into its first mobile lithium extraction unit that it expects to deploy to either Argentina or Chile this year.

ON BEHALF OF THE BOARD

Update from the CEO John Burba

Tony Colletti Appointed To The Board Of Directors of IBAT