Lithium is found all around the world in different concentrations, and there are different ways to extract it from the Earth. A new extraction technology offers a superior method to production so the demand for lithium can be filled.

Let's dive into how lithium is mined in the following countries:

Lithium is a soft metal, silver-white in color, in the alkali metal group on the periodic table. Lithium has a high reactivity, so it's typical only found in compounds, or mixtures with other chemical elements. 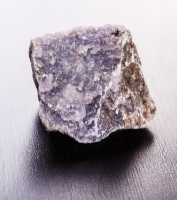 Lithium is important because of its usefulness in manufacturing batteries, which we increasingly trust to power our smartphones, laptops, and vehicles. As our world moves closer to a world powered by batteries every day, finding a reliable and sustainable source of lithium becomes a higher priority.

Lithium can be found in various compounds and concentrations around the world, including the oceans. It is derived from volcanic rocks and are often found in or around dormant volcanoes. 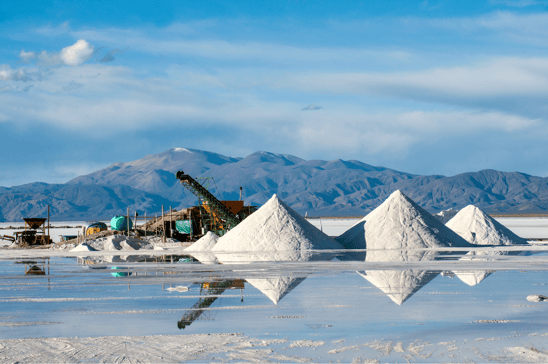 Although lithium is not scarce in supply, the process of extracting lithium from the Earth takes scientific and engineering innovations and investments.

Argentina holds the world's third largest lithium reserve and uses the solar evaporation method to extract lithium from brine. The areas of Argentina where lithium is mined gets enough rainfall to cover a shallow area of land with rainfall, unlike nearby areas of lithium extraction where water is more scarce. As the rainfall evaporates, the resulting brine is pumped into shallow ponds where the evaporation process can take place.

Bolivia is home to the worlds largest salt flat, known as the Salar de Uyuni which spans almost 5,000 miles, although mining lithium here is more complicated than other South American sources. The lithium production in Bolivia uses the solar evaporation method, however this is done in a very dry climate, so water is an especially scare resource that is needed for the process. Bolivia also strives to keep the production of lithium bound to national sources, so securing funding and other resources adds complexity to the production.

Canadian lithium producers uses an open pit mine process, which goes about 150 meters below the surface to extract ore which contains lithium carbonate. The ore mined from the pit is then crushed so that it can be treated in a processing plant. The lithium extracted from Canada tests for battery-grade quality and can be shipped and used around the world.

Chile: The Largest Source of Lithium 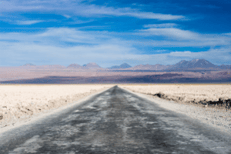 The desert climate assists the solar evaporation method to expedite the processing of lithium by staying dry most of the year and maintains a high rate of evaporation, making what seems to be the most effective, sustainable, and low-cost lithium production process in operation today.

There is a new innovation in extracting lithium called Direct Lithium Extraction, created by 'The Godfather of Lithium', Dr. John Burba.

Dr. John Burba, President and CEO of IBAT, created this proprietary technology which allows rapid placement at the site of extraction, low operating cost, and recycles over 98% of the brine water used meanwhile rejecting impurities in the solutions extracted.

A landlocked lake in China called Lake Zabuye provides a salt water brine which contains lithium carbonate. The lake is supplied with a combination of rain water, melting ice, and underground water sources. Lithium is extracted from the salt water brine and was China's primary source of lithium in 2008. As the demand for lithium has risen in recent years, Chinese companies are looking to capitalize on their lithium resources.

Mining lithium in Russia has hit a standstill because the traditional hard rock method of mining is both cost and labor intensive. For this reason, Russian lithium producers are moving towards the trend of shifting mining methods from hard rock mining to brine extraction methods. For this reason, Russian lithium producers are purchasing and importing raw lithium brine from producers outside of the country.

The United States has seen significant rises in lithium demand within their borders and are seeking highly efficient methods to produce lithium to satisfy the demand. A relatively new technology can allow extraction of lithium from brine which gets injected into the ground by geothermal power plants after steam is produced.

The Future of Lithium Mining

The rise in demand of lithium and its importance is apparent around the world, and countries are prioritizing finding an efficient method mining of lithium in order to meet the demand. In this way, we continue to pursue a world where clean and sustainable energy provides the energy we need to power our devices to push technology forward.

Lithium has the potential to influence many different industries, from cryptocurrency to energy sectors.

The Direct Lithium Extraction technology from Dr. Burba and IBAT offers the innovation needed to see a world powered by renewable energy to fruition.