The History Of Lithium 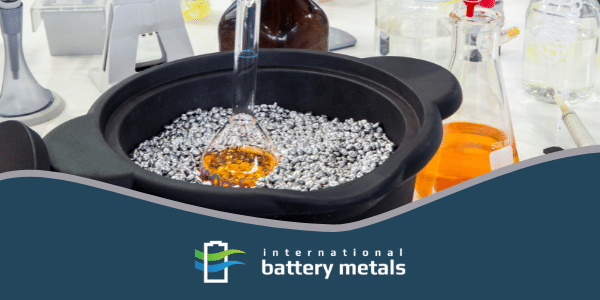 Lithium is a unique element that has an interesting history of applications which solved many problems for humans and continues to innovate technology today.

The Discovery of Lithium

Originally, lithium was created in the Big Bang when the universe expanded and cooled. Clouds of hydrogen, helium, and lithium formed and began to agglomerate.

Many years later, in 1817, Johan August Arfwedson, a Swedish chemist discovered lithium. Arfwedson, who held degrees in Law and Mineralogy, was studying the mineral petalite and during his analysis, he exposed a sample to a flame.

He was expecting to see an orange color, which would have indicated sodium.

The flame, on the other hand, had a vibrant crimson hue. He then decided that he'd discovered a new alkali metal and named it "lithium."

Before rechargeable lithium batteries became widely used, the production of lithium was limited to areas of specialty or for certain applications such as national defense, medicine, and industrial uses. 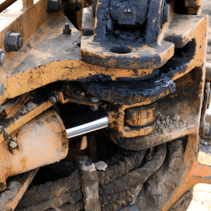 Synthetic greases were made by combining oil with fatty acid salts of sodium, potassium, or calcium before World War II.

This process was problematic because these greases would exude oil through a process called syneresis.

Sodium and potassium greases had low melting points, so in high temperatures areas like aircraft engines, grease would flow out of the bearings.

Calcium grease was an alternative option with a higher melting point, but it had corrosive properties so it presented its own set of problems.

Lithium was the answer to this problem. Lithium grease does not synereses and it has a very high melting point as well. Additionally, it maintains reasonable viscosity at high temperatures. 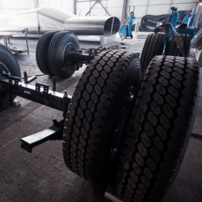 In the 1970s, scientists discovered that certain lithium compounds could improve the production of tires by boosting strength and flexibility of the rubber used.

Tires made with the lithium compound provided a tire that was not only able to withstand use for a long time, but do so while providing the riders with a smooth ride.

Lithium innovated the glass industry because it acts as a melting point suppressant, and this characteristic is particularly useful in the production and glass, which gives the glass more strength.

Aluminum production also benefits from lithium's ability to lower melting points, allowing for producers to offer a tougher product with greater strength, durability, corrosion resistance, and high-temperature performance, all at a lower cost.¹

In 1859, Sir Alfred Baring Garrod proposed that lithium salts be used to solubilize uric acid deposits in the joints of gout patients and relieve joint pain.

The gout symptoms were not alleviated, but he noticed that the manic gout patients calmed down. From here, lithium salts would eventually be used to treat bipolar illness.²

Before this dramatic growth, little concern was placed on the availability of lithium as the focus was usually on new products and applications of lithium.

Today, however, there is a huge emphasis on the supply of lithium.

From electric vehicles to cell phone and laptop batteries, today's technology continues to rely on lithium batteries as time moves on, so finding or recycling lithium will be key to maintaining a proper supply chain.

Along with finding sources of lithium, extraction methods are also in need of updating. In today's world, sustainability and environmental health are becoming more important as we see the impact of our carbon footprint, so the environmental consideration of lithium mining techniques will be a component of extraction operations.

Dr. John Burba, the Godfather of Lithium, created an innovative technology known as Direct Lithium Extraction that accomplishes both the supply and environmental concerns of the lithium industry.

Direct Lithium Extraction is a method to producing lithium from brine water sources such as the salars of Chile, Bolivia, and Argentina using an engineering technique known as selective absorption.

This advancement to the lithium extraction process improves the lithium recovery rates, cuts time to market, and protects the nearby environment by recycling over 90% of the brine water back into the salar.

The Future of Lithium

The years to follow are sure to influenced by lithium. Each day more and more technology is created to be powered by lithium, moving our world closer to one with sustainable and clean energy.

Lithium is at the center of tomorrow's technology, so businesses and industries are getting ready today by adopting new technologies and tracking data like never before. 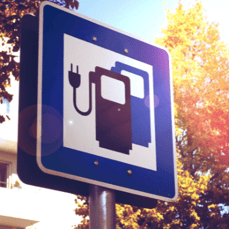 Lithium powers many of the devices and communication tools needed to make these things happen.

For many people, this signals an opportunity to invest in lithium. As technology become more reliant on lithium batteries, the value of lithium and lithium-based products go up as well, along with the demand for these raw materials and products.

If you're interested in learning more about the lithium industry, direct lithium extraction, or investing in the lithium market, we'd love to connect with you!

The use of lithium batteries has absolutely exploded in the last decade, and it doesn't seem like...