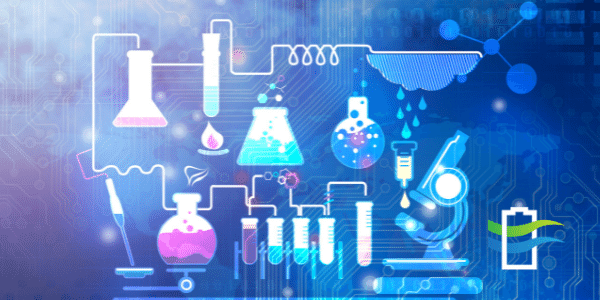 We've seen a dramatic increase in the demand for lithium with the introduction of rechargeable lithium batteries, and as new technology continues to rely on lithium for power, we are seeing the projected demand for lithium skyrocketing in years to come. 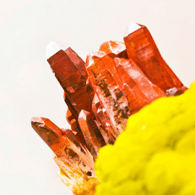 Geochemistry is the science and study of the chemical composition of the planet and its rocks and minerals.

It's application helps scientists to learn about how these mineral systems work in their environments as well as the characteristics of marine life.

This can also help us to understand and solve issues with groundwater, coastal erosion, and other problems.

One of the biggest challenges facing geochemists today (in regards to lithium) is in relation to finding adequate supplies of lithium and using sustainable lithium extraction methods for the procurement of lithium.

Where on Earth is the lithium? 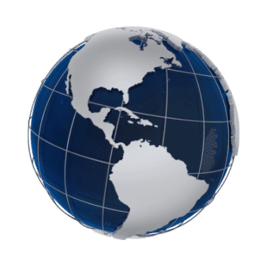 Interestingly enough, lithium is generally plentiful on the earth, but it is usually in compounds where the lithium concentration is low.

Lithium can be found in seawater, hard rock, clay mineral, and brine water resources in different parts of the world.

Oil was once believed to be found only in Pennsylvania or Texas, but when oil industry experts explored for oil and found it, they realized there was much more oil available than once believed.

Lithium could be the same way, there may be a significant amount of undiscovered lithium on our planet.

By far, the oceans hold the greatest volume of lithium on the planet. In fact, there is more than 5,000 times the amount of lithium that has been identified in land-based resources, however, the actual concentration of lithium to the amount of water is extremely low. 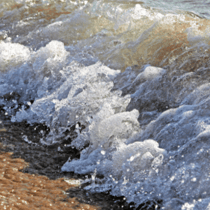 Even still, there are continuing efforts by engineers and scientists to figure out a way to extract lithium from this abundant source. Unfortunately, there are many obstacles to achieving this feat.

Issues such as the cost of pumping the vast amounts of water required to extract an economic amount of lithium would prohibit the operation alone, not to mention the size of the processing plants required to handle this sort of project.

Perhaps one day when we see practically free and non-polluting energy resources we can see an operation like this become reality, but there are many challenges to face until then.

Next to seawater, brine resources are the next largest source of lithium which is economically viable and used today. Most of the focus on brine water lithium extraction is located in South America near Bolivia, Chile, and Argentina, but there could be other lithium-rich brine water resources in other areas of the globe we don't know about yet. 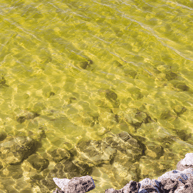 In fact, there have been discoveries of lithium-baring brine solutions in the US, Canada, and other locations, but each source has different characteristics, compositions, and levels of lithium concentration.

Since each brine resource tends to have it's own set of characteristics, this changes the way lithium extraction must be performed.

It can also significantly change the cost of production, as different elemental compositions require different processes and methods, so this must be considered when designing an extraction project.

Lithium originating from hard rock sources utilize traditional mining techniques such as drilling or blasting rocks, creating pits in the earth where large rocks are extracted and then processed. 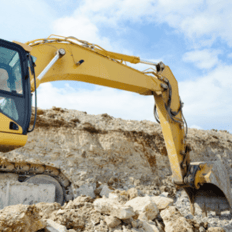 Spodumene processing involves high-temperature roasting and extensive chemical use which can get expensive.

Spodumene mining also poses huge environmental issues, such as the amount of toxic waste produced and harsh by-products of the chemicals used. These toxic wastes usually find themselves in waste sludge ponds that inevitably leak into ground water.

At this point, it is up to the producer whether or not they will treat and sequester  these wastes (at a considerable cost), or save money and dump the waste in rivers or into the ground.

Recently, there has been a significant amount of interest in lithium extraction from
hectorite clays in the Clayton Valley. Hectorite was named for an outcropping in
Hector, California, located in San Bernardino County.

Hectorite clay contains both lithium and magnesium with no aluminum, so they are classified trioctahedral smectite. 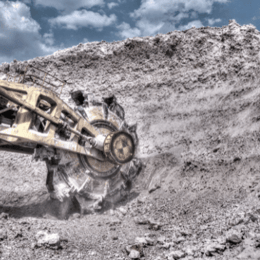 In general, clays can be difficult to process because they are composed of tiny very thin layers of aluminosilicate sheets which are difficult to filter and wash. Even when they are chemically treated to encourage flocculation, their filtration and washing characteristics are quite poor.

It has been suggested that lithium can be recovered from hectorite via a simple “washing” with dilute HCl. If lithium ions are associated with surface ion exchange sites, they could be released by this method, however, the majority of lithium is bound in the smectitic lattice.

These silicate structures are quite robust and difficult to “crack”, so highly aggressive chemical approaches such as roasting and hot leaching with acid are required. The primary problem is that very high acid concentrations are necessary to achieve reasonable recoveries.

An additional problem is that hot strong acid will likely not discriminate between lithium and magnesium. High concentrations of magnesium in the presence of lithium compromise final product purity and yield.

There will be significant quantities of acidic waste salts and clay solids, and acid leached clay solids will most likely be colloidal in size. This is very difficult to separate form solution, and so these materials will probably end up in sludge ponds.

So as you can see, lithium is relatively abundant on the planet, it is the low concentrations in certain resources that ramp up extraction and processing cost that prohibits commercial operations.

Perhaps one day we will be able to efficiently and effectively extract lithium from the oceans or recycle lithium that has already been produced, but for now spodumene mining and lithium extraction from brine water sources are most feasible.

For brine water sources, IBAT's President and CEO Dr. John Burba, the Godfather of Lithium, has created an innovative approach to lithium extraction.

Direct Lithium Extraction also delivers a quicker time to market than older extraction methods and is much more environmentally friendly.

Invest in the Lithium Market

As this happens, investors take notice and seek to capitalize on this. The future isn't certain, but with so many lithium-based products on the market today and the continual rollout of technology reliant on lithium batteries, many investors have decided to commit to the growth of the lithium market.

Moreover, as we are seeing society calling for widespread focus on sustainability in our energy sector, businesses are pivoting to accommodate consumers' beliefs and stances on environmental awareness.

Direct Lithium Extraction satisfies both the environmental and economic concerns of the market and society.

If you're interested in learning more about investing in the lithium market or how IBAT is revolutionizing the lithium extraction process, we want to talk to you!

Lithium has completely revolutionized the way we power our technology, transportation, and make...